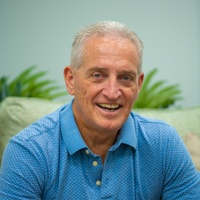 Bob began his work in the financial services business more than 30 years ago. His early experience came in the insurance and brokerage world, spending time with Prudential Insurance and Dean Witter before earning his Certified Financial Planner(R) designation in 1998.

Bob had a passion for the financial markets, and enjoyed the relationships he had developed with his clients, but his disdain for the culture of Wall Street led him to join an independent, fee-only financial planning and investment management firm in 2000. He spent the next four years managing client portfolios and helping them to develop long-term comprehensive financial plans.

A desire to be even more independent when helping clients led him to start Rall Capital Management in September of 2004. While most advisory firms are built to cater to the ultra-high-net-worth client, Bob built Rall Capital Management to cater to an underserved segment of the market, known as the “mass-affluent.” Individuals and families of more modest means have less room for error when planning their financial futures and managing their investment portfolios. This is the group that Bob has focused on serving.

Bob is a member of the Financial Planning Association (FPA®), National Association of Personal Financial Advisors (NAPFA®), and XY Planning Network (XYPN). He has had articles published in the Journal of Financial Planning and served on that publication’s Editorial Advisory Board for several years. He is also a recognized leader in the retirement planning field—he helped launch the FPA’s Retirement Planning Knowledge Circle and served as its host for several years.

Bob and his wife, Gina, are both active members of the local fitness community. Together, they have traveled to many parts of the country to run marathons. Before being slowed by a knee injury he sustained a few years ago, they had each completed more than 20 full marathons, a number of half-marathons, and many of the local races of various distances. Their latest fitness passion is working out with an early morning CrossFit group. Bob served on the Board of Space Coast Runners, a local non-profit group promoting fitness through running and walking, for several years. He has served as President, Treasurer, and as Editor of the Club’s newsletter when it was awarded “Outstanding E-Newsletter – 2014” by the national running group, Road Runners Club of America. He was awarded the “Silver Shoe” award by Space Coast Runners in 2013 for his service and commitment to the Club.

Bob, Gina, and Bob’s adult children, Adam and Jenna, have been deeply involved with Brevard County’s Special Olympics program. They have all served as certified, volunteer coaches for various sports. Bob and Adam also played on the Brevard County Special Olympics Unified Softball Team, which integrates special athletes and “partners” competing together. The team won the Gold Medal at the 2014 and the 2018 Special Olympics USA Games, representing Team Florida. The relationships that the family have developed with our special citizens have become a very powerful part of their lives.

One of the things he is proudest of is having built a small, independent and successful firm that allows him to work with his family as they help other families achieve their financial goals.